That's what she said. Think you know it all? Well, then you'll have the chance to win a multitude of prizes such as gold medal yogurt lids, George Foreman Grill with bacon, beets from Dwight's farm, Kevin's homemade chili, & other items from the beloved show on January 29th during The Office Trivia at Jasper's. Bring the Pam Beesly to your Jim Halpert, the Jan Levinson to your Michael Scott, the Dwight Schrute to your Angela Martin, the Kelly Kapoor to your Ryan Howard or come solo a la #Toby. Now that we've filled you in on all of the deets, do we need to remind you to snag your ticket as often as Bob Vance reminds you that he owns Bob Vance Refrigeration? Bears. Beets. Battlestar Galactica. Be There. *Note that trivia is set up as teams of 5-6 players. Please sign up individually but form your group beforehand or arrive solo and join a team day of. Sign up with this link: https://theofficetrivia.splashthat.com/ 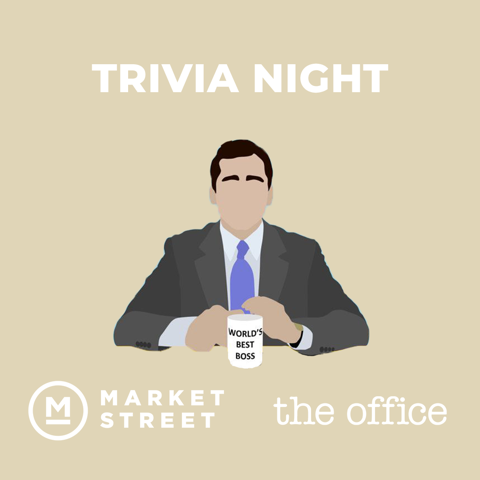